E. Leontjeva. The State and the Citizen: To Serve or To Rule?

‘To serve or to rule?’ – this is a dilemma we face as we reflect on the fundamental principles of “the scope of powers [of the state] shall be limited by the Constitution” and “state institutions shall serve the people” on the occasion of the Constitution Day.

When service is imperfect

It would be ideal if one person was capable of serving another out of love. Even better—out of perfect love. But human beings are not perfect and love is often lacking. 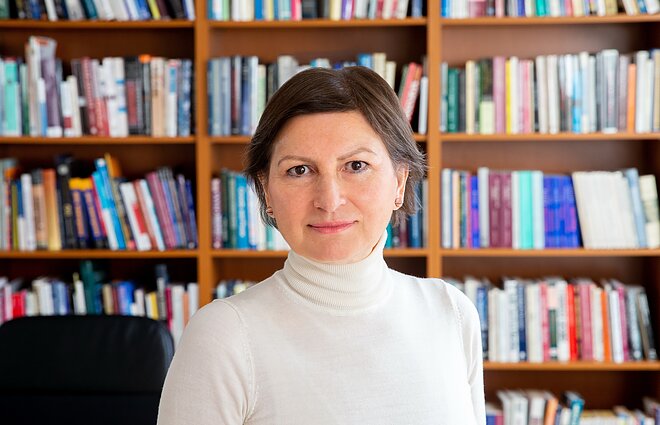 Imagine a situation where on the Constitution Day a person visits a pharmacy because the prescription for the reimbursable medicines they take is going to expire soon. They beg the pharmacist to dispense the medicine they so desperately need, appealing to the fact that, unlike their prescription, the illness has no expiration date. The pharmacist would love to help but has no right to do so. Despite the health care system being stretched to capacity, or the difficulty of booking an appointment with a doctor, the prescription for an illness that has no expiration date still needs to be renewed at a health care institution.

Another person comes in. That person is in need of prescription medicines. They could buy the medicines online, but the national e-commerce platform for medicines is still not operational and the use of similar e-commerce platforms developed by the private sector some time ago is not permitted. Despite the risk of COVID-19, a person has to actually visit the pharmacy.

What do citizens at the pharmacy think about the government that keeps on failing to introduce important changes in the context of such a difficult situation in the country that would demonstrate the state’s service to its people? How would they see the constitutional duty of the state to serve its people? What happens then with trust in the establishment we consider to be a constitutional value?

We all serve each other—with our talents, fruits of thought, creativity and labour. When service to each other happens freely, in a space of labour and exchanges, community and consensus, several key prerequisites help build/strengthen the sense of responsibility.

We become/always are dependent on somebody else, that is, the person we serve. This teaches us to adapt to that person’s needs, and motivates us to seek their acknowledgement and approval. This is a continuous and intensive relationship between the two people where we have to figure out others’ needs, and grow to be able to serve the other as best as possible.

Public institutions have lost this determining dependency from others. Consequently, the objectives of a person working there do not, per se, align with the needs of a person the institution is supposed to serve. The relationship lacks symmetry, reciprocity. Hence the need for special and continuous efforts to align objectives. Public services are paid for indirectly, in the form of taxes, though citizens have no meaningful way to influence how taxes are set and distributed.

When people offer their service in free exchanges, other people will always be around to offer their service as well. Exchange happens in a climate of competition. Competition is often painted in darks, making it important to note that there is another side to competition, and that is a choice for the individual acting as a customer and a consumer. There has to be competition between services to enable choice. Competition motivates every market player to step up, learn from best practices, constantly optimize their operations, lower prices and improve the quality and the fruits of service. Competition, meaning the existence of choice, benefits not only the one we see as a winner—it also benefits the consumer, society, all of us. The possibility of evaluating a service provider through freely set prices forces the provider to optimise service provision: service is provided at minimum costs, in the best quality possible and as quickly as possible.

Remember the outcome of a service that had no competitors in the Soviet era? It ended in a dominance of just one provider.

Overcoming the rift in the relationship

The Old Testament warns us of a constant threat of a man’s inclination to rule and abuse power. In other words, in the absence of a natural contractual relationship and responsibility, growing rift between an individual and the establishment, we will always be faced with a risk of expanding government functions and regulating its responsibility through ever more detailed rules and procedures.

The multitude of rules, however, distances the customer. Consequently, every effort is put to attract more and more people to public institutions. But more people does not necessarily mean better customer service. The resulting legal web does not provide for good service to customers—a lot of the time that web prevents the institutions themselves from setting their own priorities, and acting on achieving their goals rather than for the sake of processes. In a variety of areas, where there is strong willingness to engage in reforms, the inclination is to set up new institutions since the existing ones are buried so deep in red tape that they find it impossible, unlike Baron Munchausen, to get themselves out of this web and get back on the track of achieving their goals.

Who else, apart from Baron Munchausen, can save us from devaluation of law, fragmentation and the ever increasing detailed regulation? We have certain principles enshrined in law that could act as safeguards, for example, the principles of proportionality, effectiveness in the Law on Legislative Framework and similar. Ex ante and ex post evaluations. Unfortunately, these are not respected and failure to respect them does not carry any punishment. Now that all areas of life are already highly regulated and continue to be regulated even further, that all areas of life are subject to pre-defined boundaries of what is permitted and what is not and every attempt to overstep these boundaries is subject to strict penalties, the law making itself and public institutions lack any such boundaries. More than that, they neglect whatever rules and principles are in place.

A split from the citizen one is supposed to serve poses an increased risk of domination over that person. The rift in the human relationship is the main barrier for implementing the principle of service. The static nature of laws and regulations presents an additional challenge since life requires constant dynamic adjustment.

That is why decisions have to be taken with an intention to restore the human relationship and to open up public institutions to change. A multitude of methods to do so have been tested across the world: moving to true subsidiarity, giving space to communities and self-governance institutions, using concessions, applying competitive supervision of public institutions. Place the individual at the heart of service of public institutions and let them evaluate the quality of service, make the citizen an equal partner. Reinforce legal safeguards so that the establishment keeps on questioning its functions and feels the pressure to optimize and open up to change.

In short, we have to foster core moral values, mutual trust and respect. Only then will we understand what it truly means to be in someone’s service.

Based on a presentation delivered at the conference The Challenges of Implementing the Constitutional Principle of the Rule of Law on the occasion of the Constitution Day. The article originally appeared at 4liberty.eu