The project Scarcity, Morality and Public Policy was a three-year intellectual journey into the phenomenon of scarcity that has led us to rediscover it as the third cause of being and a catalyst of change and advancement – The Phenomenon of Scarcity: Being, Man and Society.

We first started on this journey in the pursuit of a better understanding of scarcity as an unfortunate aspect of existence and the precondition of economy. We embraced philosophy, theology, anthropology, psychology, sociology and economics in the first interdisciplinary study and we were astounded to find scarcity as a primary element in the structure of being, as part of a universal formula of change. The world is based not only on form and matter: there is a third element, hidden, invisible, and yet immanent and intrinsic. Being universal, scarcity unfolds under different names – deficiency, deprivation, shortage, imperfection, limitation or insecurity. It is found as both insufficiency and potential imprinted in the order of being and in human nature and manifested in time. Every moment lacks some fulfillment, so scarcity precedes every change – and therefore every human choice. It welcomes human liberty as a space, open to change and never fully completed.

We come to an illuminating insight that scarcity is inherently linked with liberty – that human liberty is embedded in – and inseparable from – the structure of being. That economic thinking and economic action as well as institutions of exchange, profit, money and ownership at the core – are our natural response to the primordial scarcity, that they are grounded and preconditioned in the order of being. We elaborate on this in The Phenomenon of Lack: Being, Man and Community. A Synthesis of an Interdisciplinary Inquiry.

It is our pleasure to invite you to embrace those fascinating findings and to revisit numerous aspects of liberty, morality and economics. We feel both privileged and obliged to share with you our insight that recognizing the true meaning to scarcity may help man overcome insecurity and fear of change and open up to freedom. We dare say that the way in which society perceives scarcity determines the path it takes: the path of liberty and creative effort or the path of redistribution and coercion. While scarcity is a catalyst of action and creativity, human fragility may evoke it as an obstruction and a pretext for rights and pretensions. This drift explains the genesis of social redistribution whereby institutions are construed to “protect” us, or to “relieve” us from scarcity.

Our institutional analysis on labor, money, consumption habits, and social support – Government Against Scarcity: How It Changes Who We Are – confirms that ignorance of the principle of scarcity lies at the heart of social utopias. When governments step in to fight scarcity – in its different forms and manifestations – for us, we are alienated from the order of being, our relationship with the reality and with each other cripples. We offer this paradigm as a test-paper for political fallacies, old and new utopias, as a tool to safeguard human character.

On a personal level, we wish our readers a liberating effect that the recognition of the inevitable imprint of limitation on human nature can bring through reconciliation with personal and external imperfections. Above all, we wish empowerment that the creative stimulus of scarcity bestows on us for personal flourishing and fulfillment.

We give our special thanks to the Sir John Templeton Foundation for generous support for our research. 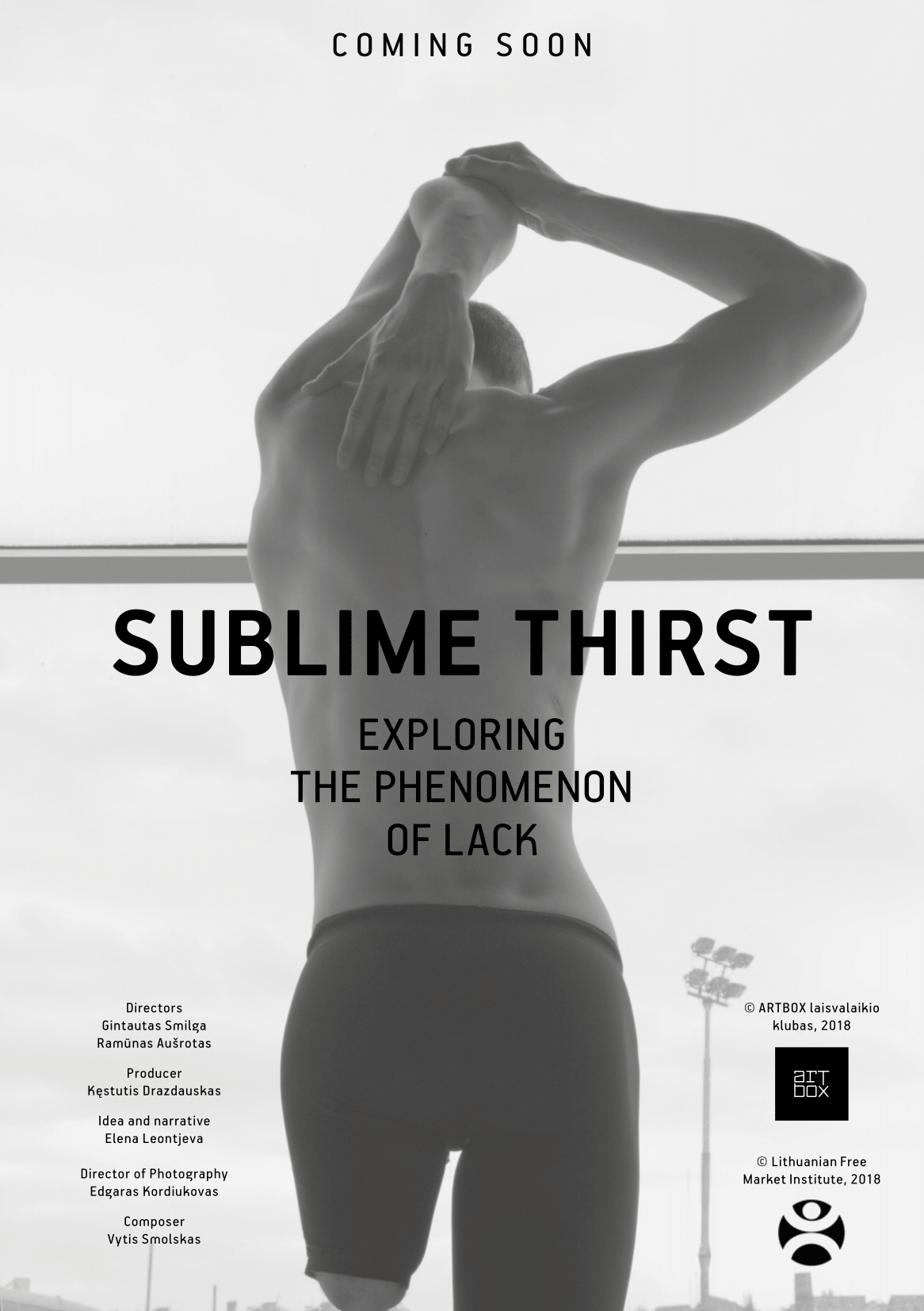 A new documentary from LFMI and Artbox, Sublime Thirst, presents an engaging conversation of scholars from the diverse fields of physics, philosophy, anthropology, theology, psychology and economics and brings forth illuminating insights that reveal the mystery behind the fundamental yet misunderstood principle of lack, far beyond economics. The film is based on LFMI’s grounbreaking research, a project generously supported by the John Templeton Foundation. 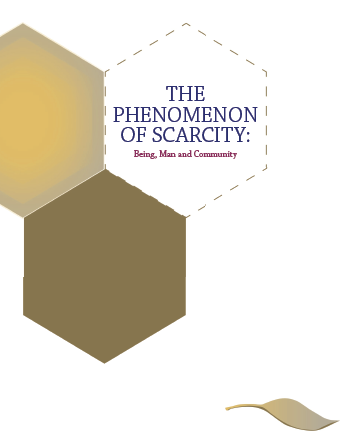 The Phenomenon of Scarcity: Being, Man and Society

In this study scholars analyze the concept of scarcity from various perspectives of the humanities and social sciences. Scarcity is perceived and explored in its universal and broadest sense – as privation, deficiency, lack and frailty. The various essays present an in depth inquiry into scarcity and its diverse aspects across a range of disciplines: philosophy, theology, psychology, anthropology, sociology and economics. Philosophers and theologians examine the ontological origin of scarcity as well as its place and purpose in the structure of being. With ancient Greek philosophy as a starting point,  they explain the primordial purpose of scarcity and its relationship with other ontological causes – matter and form – and elaborate on scarcity as a cause of creation and change. Psychologists, anthropologists, sociologists and economists analyze the phenomena that arise from scarcity, their impact on man and public perceptions of scarcity.

Government Against Scarcity: How it Changes Who We Are. A Handbook on Public Policy

In public discussions economic arguments are often accused of disregarding justice, ignoring morality, or reflecting simple insensitivity. The distribution of goods through market processes is considered unfair, and the principle of profit maximization is seen to be at odds with moral values.Economic behavior is considered to be one of the main causes of moral and cultural crises, putting the blame on freedom and calling for the advocates of freedom to take a fresh look at how freedom, economy and morality relate to each other. Therefore, the handbook Government Against Scarcity: How it Changes Who We Are is designed to enrich free-market arguments with moral and cultural insights in areas where government interventions are increasingly crowding out voluntary decisions: labor relations, money, consumption habits, and social support, and intended for intellectual entrepreneurs, politicians, and public opinion leaders. 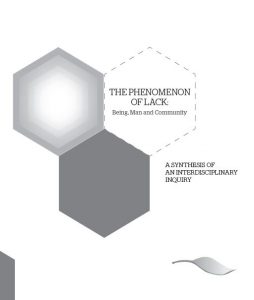 The Phenomenon of Lack:  Being, Man and Community. A Synthesis of an Interdisciplinary Inquiry

In this paper the research of philosophers, theologians, psychologists, sociologists, anthropologists and economists on lack is hermeneutically interpreted. Having analyzed and clarified points of contact, interdisciplinary insights about the role of lack in the order of being and everybody‘s lives are given. Therefore, an in-depth inquiry with the focus on the least explored aspects of the phenomenon of lack, which are not only positive, but also necessary for the normal functioning of society and reality in general is provided.

Man in the Market: Towards Freedom and Morality

The concept of morality is central to public discourse. The modern crisis of morality is often blamed on liberty and advocates of freedom, who are accused of ignoring or rejecting moral concerns. A liberal or libertarian is often confused with a libertine while business owners are often accused of being exploiters. Previously accepted by society, fundamental economic concepts such as private property, trade, money, profit, and competition are targets of modern moral accusations. This makes it vital to rediscover the links between freedom, morality, and economic phenomena. The guidelines here look into human nature and at the very origins of fundamental economic phenomena before taking a step forward towards a broader – philosophical, theological, anthropological, and psychological – perception of existential reality and our relation to it. Reconciliation between freedom and morality is not only possible, but fundamental. Those who want to recognize the links between economy and morality will find the guidelines of this handbook practical and relevant.

Have you ever pondered why we constantly lack something and whether there is any common denominator behind our various experiences? The conference provided a unique opportunity to learn about an interdisciplinary study that looks into what role scarcity plays in our lives and what designation and manifestations it has as well as elicited new insights into the logic behind our surrounding phenomena and reality. Most importantly, for the first time in scholarly research has the phenomenon of scarcity been taken out from academic peripheries to the center of analysis and analysed from an interdisciplinary perspectives, embracing disciplines which do actually name scarcity (philosophy, theology, and economics) and those where scarcity has a different label (psychology, anthropology, and sociology).

Colloquia on Cultural and Moral Consequences of Government Regulation

We held three colloquia on cultural and moral consequences of government regulation in Vilnius, Prague and Potsdam for scholars and think-tank leaders from across Europe. The colloquia were aimed at discussing the assumptions behind government policies and particular concerns and tensions they are designed to address with a focus on their cultural, moral and behavioral implications for man and society. Overall, the three colloquia were attended by 70 free market think-tankers from 25 countries.

Based on an innovative interdisciplinary approach to the study of the core economic concept of scarcity, the discussion focused on fundamental economic institutes of property, exchange, profit, money and competition, on the assumptions behind government policies in these areas and their implications for man and his understanding of the reality, self-esteem, dignity, motivations, responsibility and personal development.

Interdisciplinary arguments on monetary policy, nanny state, entitlement policy and labour market policy in favor of solutions that are in line with inherent properties of human nature (temporariness, limitedness, fallibility, sociality, etc.) and the order of being and immanent characteristics of the world (scarcity of time and resources, uncertainty and unforeseeability) were discussed.

Vilnius Book Fair 2017. The Phenomenon of Scarcity: Being, Man and Community

On February 24th, 2017 we presented our interdisciplinary research and publication the Phenomenon of Scarcity: Being, Man and Community in Vilnius Book Fair. Together with members of our interdisciplinary team, we discussed the relation between man and scarcity from the perspective of the humanities and looked into the links between scarcity and morality.

Scarcity: In Search of an Enigmatic Cause by Elena Leontjeva (LFMI). Conference Scarcity, Man and Morality. Interdisciplinary Approaches. November 16th, 2016.

Government Against Scarcity: How it Changes Who We Are 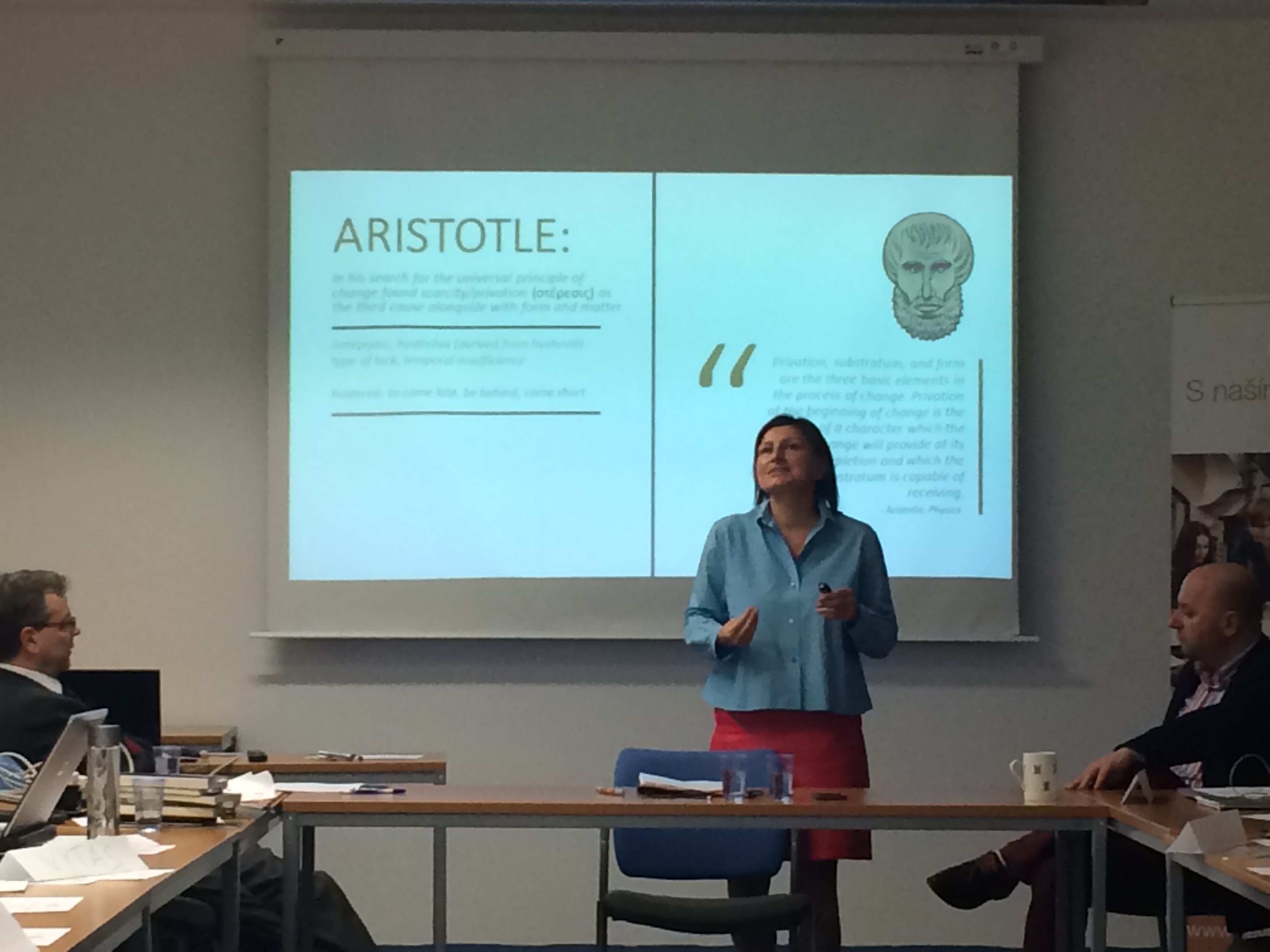 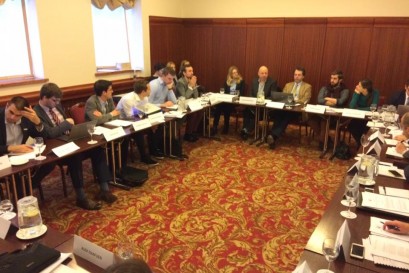 LFMI Holds a Colloquium on Interdisciplinary Arguments on Scarcity, Morality and Public Policy