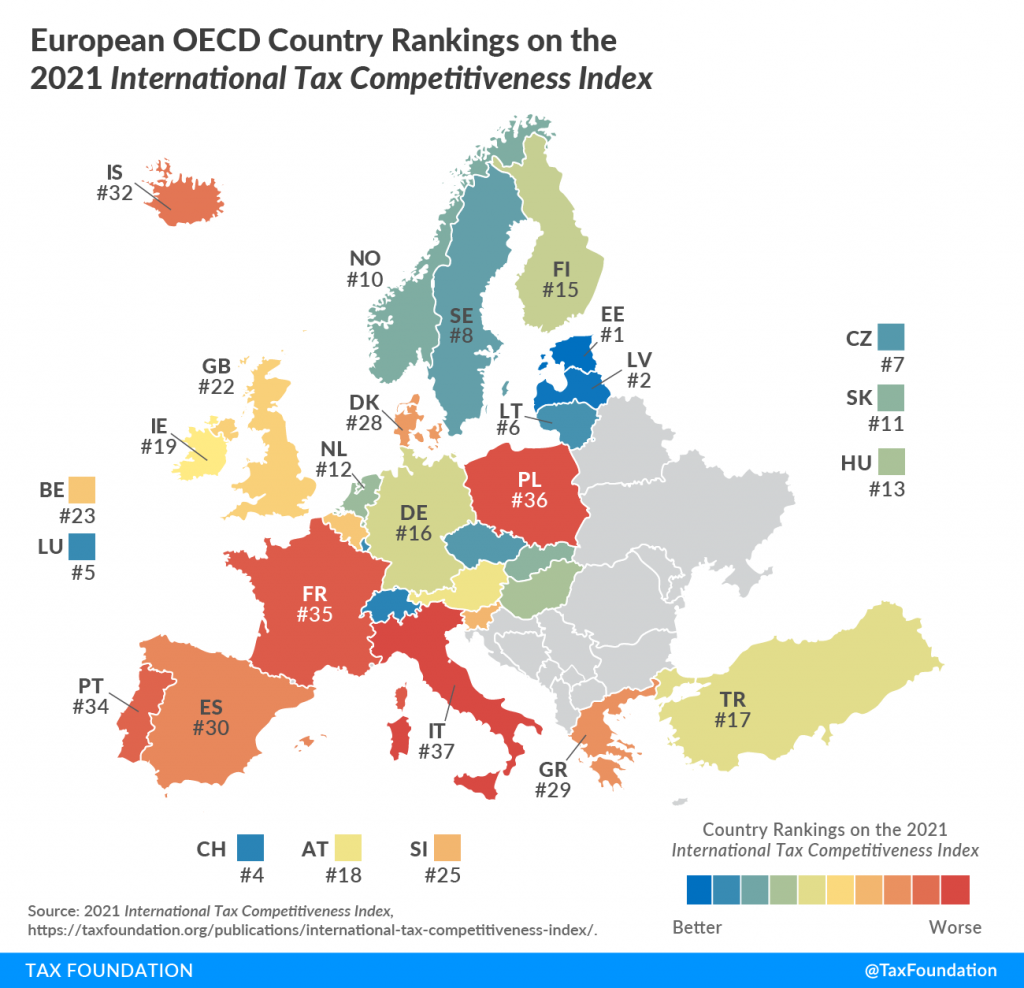 “The Estonian example shows that low and neutral taxes increase the competitiveness of a tax system. Lithuania’s tax system is undermined by multiple exemptions, overly complicated rules and tax progressivity introduced in 2018,” LFMI President Elena Leontjeva commented on the results of the tax competitiveness ranking.

Lithuania ranks 22nd by the complexity of the corporate income tax (CIT) regime. The good news is that the Lithuanian government is now considering switching to taxation only of distributed profit and exempting retained and reinvested profits, also known as the Estonian model.

“Despite the fact that the corporate income tax rate stands at 15 percent and is one of the lowest among OECD countries, the effective rate is 27.75 percent. Admittedly, some types of investment and R&D projects are eligible for CIT incentives but it involves a lot of costly and burdensome bureaucracy, while the tax incentives are accessible to a negligible proportion of companies. Data show that only one percent of Lithuanian companies benefit from this type of CIT incentives. In order to achieve a breakthrough in economic growth, all companies should be allowed to invest their earned profits without an additional tax burden and excessive bureaucracy,” Elena Leontjeva notes. “This would mean more investment in business development, technological upgrading, the green deal, labour productivity and new jobs.”

The existing corporate tax incentives for R&D draw artificial boundaries where and how investments can be made. In many cases tax incentives put businesses at risk for non-compliance with overly bureaucratic requirements and ambiguous rules. The international tax competitiveness ranking is a good reminder that there is a pressing need to fundamentally improve the country’s corporate tax model.

Consumption taxes are also dragging down Lithuania’s ranking. The value added tax was “temporarily” raised from 18 to 21 percent after the 2008 financial crisis, where it stands until this very day. It is also subject to multiple distortionary exemptions. Lithuania ranks 20th by ther rate of consumption taxes, 32nd by consumption tax revenues, and 19th by their complexity. This puts Lithuania well below the OECD average in the category of consumption taxes.