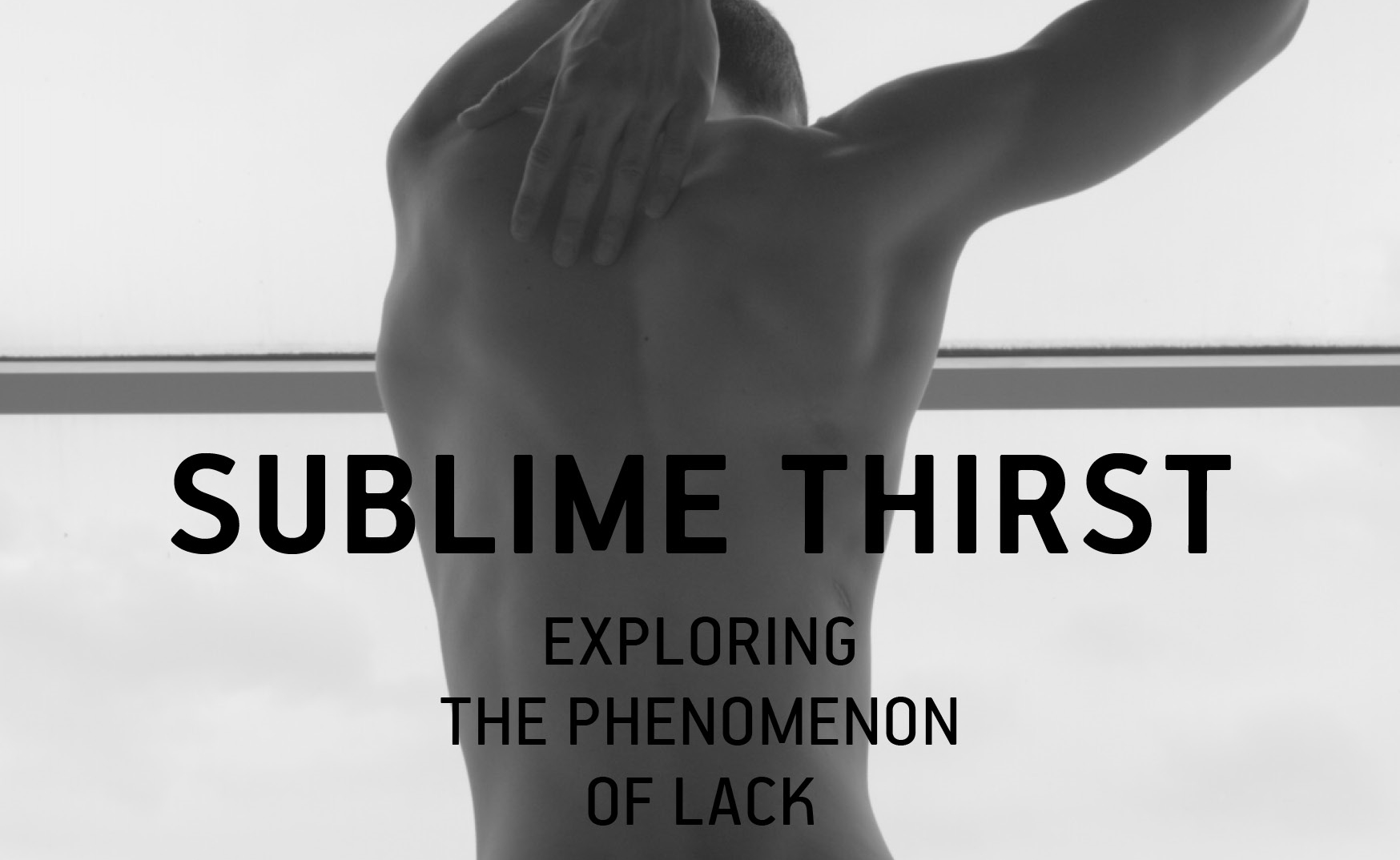 Each and every one of us knows lack. We hunger for bread, crave love, lack meaning. Lack leaves us restless, raging against the world and ourselves. But despite its familiarity, lack remains a mystery.

Why do we encounter it everywhere? Where does it come from? Is there a common denominator – a universal, yet unexplored phenomenon – behind this perpetual incompleteness?

The answers to these questions are brought to life in an upcoming feature-length documentary Sublime Thirst by the film production house & service company Artbox and the Lithuanian Free Market Institute.

An engaging conversation of scholars from the diverse fields of physics, philosophy, anthropology, theology, psychology and economics brings forth illuminating insights and reveals the mystery behind the fundamental yet misunderstood principle of lack, far beyond economics.

The documentary is based on the findings of a long interdisciplinary study which LFMI synthesizes in a revised English-language edition of “The Phenomenon of Lack: Being, Man and Community.” Below we present a preface to the publication by Elena Leontjeva, Head of the Study and Founder and Chair of the Board of the Lithuanian Free Market Institute, which sheds light on the insights underlying the recent cinematographic endeavour.

Lack is known by many names: incompleteness, finiteness, deficiency, privation, imperfection, inadequacy, insufficiency, shortage, scarcity. To many, it appears to be an unfortunate aspect of existence – a blemish, a feeling of dissatisfaction, a dismal prelude to economy. From lack of bread to lack of meaning or love, why can we never attain perfection? Is there a common denominator behind this perpetual incompleteness?

We present a synthesis of a long intellectual journey that has rediscovered lack as a universal principle of being, an essential yet unexplored component of life. Our pursuit of the cause and meaning of lack has taken us far beyond the realm of economics.

This interdisciplinary study embraces philosophy, theology, anthropology, psychology and sociology. What we wereastounded to discover is that the world is based not only on form and matter. That, in addition, there is a third principle: invisible, and yet fundamentally immanent.

Lack, in its broadest sense – the object of our investigation – is revealed as a primary component of life, a catalyst for change and advancement. Behind each “lack of ”, we discovered, lies universal lack, as a principle that permeates everything.

One may notice that many of the terms used to describe lack have negative connotations. They suggest that something ought to be present, but is not. That something is missing, or has been taken away. When viewed through this prism of negativity, it is difficult to even assume that lack is a purposeful element of being.

Lack, it seems, is playing hide-and-seek with humankind. Hiding and shape-shifting are in its very nature. Lack is both insufficiency and potential, imprinted in life and manifested in time. At every moment, each creation is on its way to acquire ever new features towards fulfilment.

Lack precedes every change – and therefore every human choice. It awaits human liberty as a space that is open to our deliberate action yet never fully completed. By understanding that lack is intrinsically linked to liberty, we reach an illuminating insight that liberty is not simply a matter of liking or mindset. Liberty is immanent to, and inseparable from, the structure of being.

Yet, freedom of choice may also bring injustice, strife and impoverishment. This also means lack, but lack as an evil, man-made lack. The distinction between this secondary lack and lack as a cause is another key finding of this study. In the absence of this distinction people tend to see all lack as evil, and this explains why man-made lack obscures lack as a primordial principle.

This study inspires a fresh approach to economic theory and social science. Understanding that lack is a purposeful element of life – and not simply an outcome of human action – opens new avenues for the advancement of moral theory and practice. It reveals economic thought and action as humanity’s endogenous response to scarcity, one of the reflections of lack.

Through this understanding, we uncover the ontological origin and meaning of economic institutions such as exchange, ownership, and money. A new perspective unfolds for the appraisal of the laws that govern human action.

We come to understand that it is ignorance of the principle of lack that lies at the heart of social utopias and ever-growing interventions. When governments step in on our behalf to fight the various manifestations of lack, we are alienated from the very foundations of life. Our relationship with the world, and with each other, deforms.

The way in which a society perceives lack determines the path it takes: when lack is seen as a catalyst, people respond with free and creative efforts; when it is regarded as an obstacle, it becomes a pretext for coercion and redistribution.”