Tauragė is a small industrial city in western Lithuania, near the Kaliningrad region of Russia. In recent years it has set an example for the rest of the country as it has attracted foreign investment and green energy innovations. But a mere ten years ago it suffered from poor public policy and an acute lack […]

In December 4th 2019 in Brussels The Friedrich Naumann Foundation and Lithuanian Free Market Institute organized a conference ”State Aid & Fair Competition – Can They Co-Exist?”. State aid rules exert a significant impact on the functioning of the internal market and the use of public resources. In 2012 the EU carried out a State […] 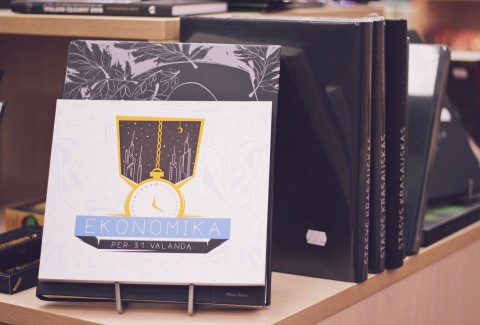 The Lithuanian Free Market Institute’s textbook Economics in 31 Hours receives a prestigious $100,000 Templeton Freedom Award for giving the young generation of Lithuania a chance to learn how property rights, free exchange, profit and competition shape decisions and actions in our everyday lives.

The Lithuanian Free Market Institute was named one of six finalists for this year’s prestigious Templeton Freedom Award for its textbook of economics – Economics in 31 Hours – that is giving the next generation of Lithuanian youth a fighting chance to get the economics right by teaching how property rights, free exchange, profit and competition shape decision-making in our everyday lives.

Realistic Analysis of Economics II: the lectures on unconventional links between social sciences delivered by academics and professional practitioners and aimed at broadening horizons by discussing the possibilities of applying economic logic and reasoning in other social contexts: politics, philosophy, history, morality, etc. Here you can listen Dr. Donald J. Boudreaux lecture „Cleaned by Capitalism: How Free Markets Clean Our Environments”. All […]

Economics in 31 Hours: a Textbook of Next Generation

Teaching of economic literacy as a separate subject is compulsory for 9-10th grade school pupils in Lithuania. It is aimed at enhancing the understanding of economics as a part of daily life rather than a discipline which has nothing to do with the reality. Therefore, in 2012 the Lithuanian Free Market Institute (LFMI) started its […]

Twenty Five Years on the Road to Freedom: Dr Charles Murray on Reforms, Freedom and Prosperity

Stay like Brunei or become more like Denmark? Watch a video by TIMBRO on the economic freedom in the EU.

Stay like Brunei or become more like Denmark? This film created by the Swedish think-tank TIMBRO is about the economic freedom in the EU. How can the EU reach its goal of becoming the most dynamic and competitive region in the world? This film explains why so many Europeans are still struggling – and shows […]

LFMI: Hands off my car!

When politicians are considering new taxes for cars, Lithuanian Free Market Institute points out that car owners already pay too many taxes. Instead of re-taxing car owners, we propose to reduce public sector spending and with these savings – to offset the pensions. LFMI criticizes the fact that new taxes would have to be paid […]

The Real Missing Part / by LFMI

The Real Missing Part – by Lithuanian Free Market Institute. European Commission is highly concerned about its “missing” money. LFMI is concerned about YOUR missing money. The video illustrates how much money Lithuanians miss due to taxes. This video is based on European Commission short clip “The Missing Part” http://www.youtube.com/watch?v=qytGWG…. This remake of the video was made […]

Economics professor Yuri Maltsev was born in Russia but before the final collapse of the socialist empire he fled to the USA and ended up in a completely other-driven capitalist system. According to him, during the recent crisis intensified criticism of capitalism and people’s desire to see more social justice can be devastating. About this […]